A quirky snapshot of recent contamination and remediation issues in the media.

Protect Earth, but not from aliens

NASA recently advertised the job of ‘planetary protection officer’, setting off a glut of media stories about a position protecting Earth from aliens. The reality was a little more prosaic but no less important. The successful applicant will be responsible for preventing any unintentional contamination of planets or other celestial bodies by NASA spacecraft exploring the universe, and vice versa for craft that return to Earth. The job description explains that ‘planetary protection is concerned with the avoidance of organic-constituent and biological contamination in human and robotic space exploration’. According to the Outer Space Treaty of 1967, which the United States has ratified, space missions must have less than 1-in-10 000 chance of contaminating any planetary bodies being explored. News outlets reporting the true nature of the job (and not the Men in Black version) included the New Zealand Herald.

Is the end nigh?

The Guardian was one of many publications reporting on a new study suggesting that, between 1973 and 2011, the concentration of sperm in the ejaculate of men in western countries has halved. The international team that conducted the research, which was published in the journal Human Reproduction Update, claim that they have accounted for a range of factors that brought into question the credibility of previous studies indicating falls in male fertility. Although the study did not investigate causes, maternal or direct exposure to chemical contaminants, including endocrine disruptors found in common household products, has been suggested. There is much debate around the cause and veracity of the findings. Although there is no suggestion that a Handmaid’s Tale dystopia is imminent, further research is needed urgently.

Premature deaths due to air pollution – already estimated at more than 5 million per year globally – will increase as a result of climate change, according to recent research published in Nature Climate Change. Based on current trends, climate change will cause an additional 60 000 air pollution–related deaths per year by 2030, and more than 250 000 premature deaths by 2100. Reasons suggested for the increase in deaths include quicker reaction rates of pollutants in warmer temperatures, and higher pollutant concentrations in areas that become drier. The researchers, who predict an increase in air pollution–related deaths in all regions except Africa, call for stronger efforts to mitigate climate change. Outlets reporting the study included CBS News.

The good oil on mercury clean-up

Flinders University researchers have developed a way to clean up mercury pollution with a polymer created from mixing waste cooking oil and sulfur. The method is being trialled at mine sites with a view to commercial production. The Flinders team developed the approach in 2015 using orange oil, but the cost was prohibitive at commercial scales. In the recent study, published in Chemistry – A European Journal, the researchers were able to replace orange oil with cheap cooking oil (such as canola) or waste oil from the food industry, and, at the same time, improve the method by capturing a more diverse range of mercury species. Cooking oil and inexpensive sulfur are the only ingredients in the new polymer, which can be used to remediate contaminated soil, water or air. After irreversibly binding the mercury, the polymer granules can be stored safely. The work was reported in a number of publications, including The Lead. 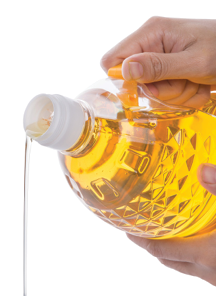 Phthalates (also known as phthalic acid esters, or PAEs) are used as plasticisers in many consumer products, such as plastics and polyvinyl chloride (PVC), and as solvents in adhesives

Applying biochar to soil has been shown to improve carbon sequestration and soil health, and remediate contaminated soil and water resources.

Plastics can pollute the air, land and water during all stages of their life cycle from manufacture to disposal.